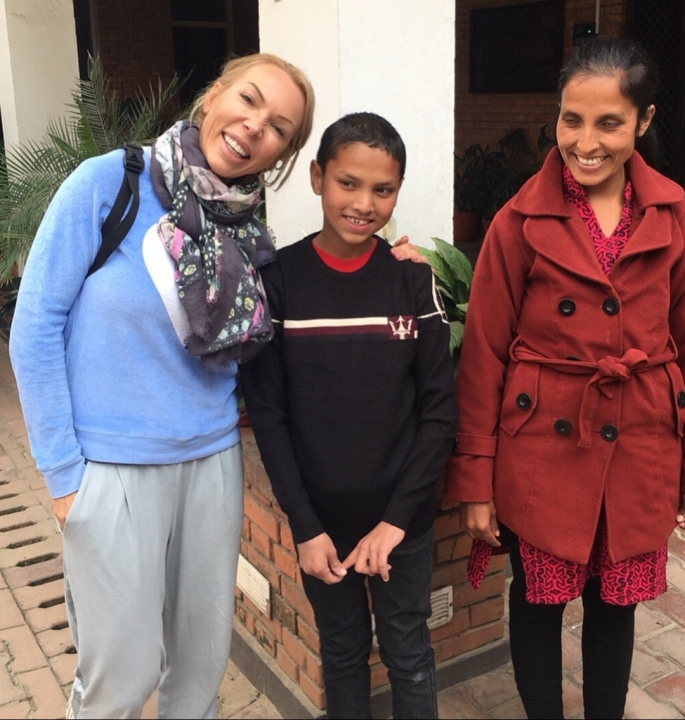 It has been just over a month since I returned from Maiti Nepal and what turned out to be the best thing I have ever done. Adjusting to life in Europe after what I experienced on this journey has been hard. I have found it difficult to find words to my feelings and emotions and trying to write has been almost impossible. Yesterday I saw a post on Facebook, like so many posts we see every day. It was of a young Asian girl with an old  man walking hand in hand. The photo caught my attention. It had already created a storm of comments of all sorts. I was left feeling like most people here in our Western world really haven´t got a clue. Just because a girl has a smile on her face, we think she is happy.

So today I woke up with the urge to give you all a little recommendation on a book that you should read. It is called: Radhika´s story. Incredible book.

I met Radhika and her son Rohan during my visit in Nepal and I have also found a sponsor for little Rohan who is now 12 years old. They came to Maiti Nepal when Rohan was 4 years old and still when I met Rohan, he was speaking very quietly and is very timid but with a cheeky little smile. Radhika was trafficked as a young girl and gave birth to Rohan in the brothel where she was forced to work. Often it is the children of the trafficked girls that are used to force the mum´s to comply with the brothel owners orders. Little Rohan was subsequently torture as a baby to make his mum work with a smile on her face and not cause problems.

We need to see further than what our eyes see and then we all know that no young girl would want to become a prostitute. Don´t fool yourselves please.

One thought on “Radhika and Rohan”